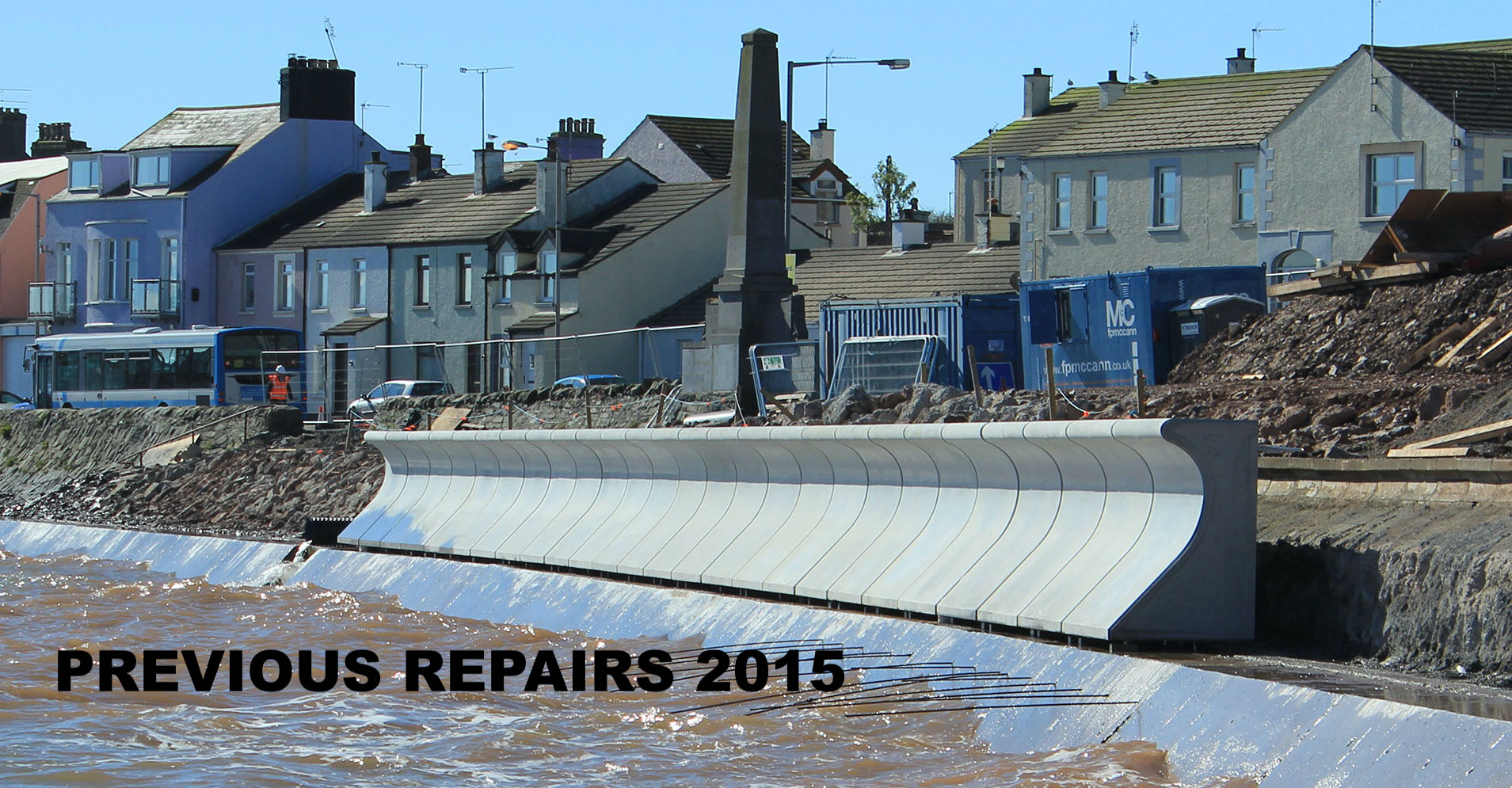 Alex Easton MLA and Alderman Bill Keery have today called on the Infrastructure Minister to put in place an action plan to deal with old sea defences in Donagahdee as more sea breaches occur.

“More land has been eroded at along Shore Street between the church and the small boats enclosure. I am concerned about the future of the planet and global warming and the effect of rising tide levels across North Down and in particular Donaghadee, the town’s sea defences are not fit for purpose and are slowly falling apart. I am aware of the Coastal erosion group in the Ards and North Down Council area, and that a Forum has been set up by the Department of Community’s and DEARA which commissioned ‘Baseline Study and Gap Analysis of Coastal Erosion Risk Management NI’, which was published in January 2019.”

“However despite this we see signs of flooding in Donaghadee, and some of the old sea defences are showing their age and not fit for purpose. As yet there appears to be a lot of talk but no action. I want to ensure that North Down is secure from potential flooding from our sea, and having seen first-hand and not that many years ago, the sea coming over the harbour walls in Donaghadee, it is a frightening prospect for what could potential happen if we don’t tackle and deal with this issue sooner rather than later, basically the sea defences in Donaghadee are not fit for purpose.”

“I will be writing to the DEARA and Infrastructure Ministers to demand that a detailed plan of action of actually intend to do to address this sooner rather than later, as the future of Donagahdee and its residents and homes are important to me!”

“Having been out with Alex Easton MLA to see the latest damage it seems to me that a major job of work is needed to shore up the sea defences at this point, it is becoming more and more apparent we will lose a lot of land unless some sort of action is taken soon.”