Why Has The Road Safety Device Sid Has Not Been Used For Five Months? 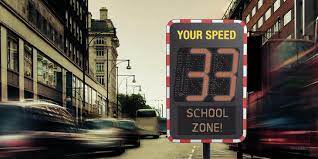 Alex Easton MLA has demanded answers of the Chairperson of the road safety committee Karen Douglas the Mayor as to why the SID speed safety device has not been operated by the committee as 2 large SID devices and 4 hand Sid devices have not been used in the last five months even though the insurance is being paid for by the PCSP and people requesting its use.

“Around 10 years ago the local road safety committee saw a need to try and reduce speeding in their borough. Their chairman at the time Terry Malcolm started looking at ways this could be achieved. The most effective way he came up with was with the use of a speed indicator device which he had seen in Scotland and England in small towns and villages while touring round on his motorbike and found these devices to be very effective.

After a short while looking at prices and regulations for the use of these speed indicator devices he came up against strong opposition from the police and road service for the use of these devices by the road safety committee as this had never been done before. Over eighteen months Terry Malcolm and Trevor McKeown had meetings, numerous emails with PSNI and road service permission was granted with insurance of twenty million pounds put in place ten million public liability and ten million personal liability. The road safety committee was the first in the UK to be granted full permission to use these devices”

“The committee ended up having great relations with road service and PSNI when both authorities saw the benefits of these devices and in-fact the SID devices after a couple of years were rolled out right across all PCSP areas and even the PSNI got a few. The ( PCSP) Policing Community Safety Partnership purchased the first device and gave the road safety committee a grant to cover the insurance, it was so successful after a few years the road safety committee received further funding to purchase another SID device and four smaller handheld devices. The stipulation from the PCSP was it must be deployed twice a month which it was and in April 2020 to March 2021 it was deployed fifty three times, in previous years it was in the mid to high forty deployments. In April this year two volunteers retired from the committee and the devices have not been out in over five months even with the insurance being paid in full up to December 2022. There are residents asking on the PSNI site could a SID device not be deployed in their area, the road safety committee would have picked these requests up and acted on them. In the 2020-2021 deployments volunteers had the devices out from 6am up to 2am in the morning on request from residents and PSNI.

These after all are educational devices and on reading comments on most PSNI sites residents welcome their use in their areas to reduce speeding. The devices were also taken into schools, play groups, youth clubs, cubs, scouts, St. John’s ambulance groups, Brownies, Rainbows, and suchlike. Why has this all stopped? Public money is being used from the DOJ Department of justice to fund these devices we need them out on our roads as an educational tool to help the PSNI reduce speeding and this in turn helps the residents. So the question to the PCSP is why are these devices not being deployed on our roads if they’re sitting fully insured, that’s five months now they have not been out, April to August.”

“These devices used to be were very well promoted in the spectator and chronicle residents knew they were operating in their areas. So Road Safety Committee chair person Karen Douglas where are our SID devices hiding, people want them out there and it helps support the PSNI.”