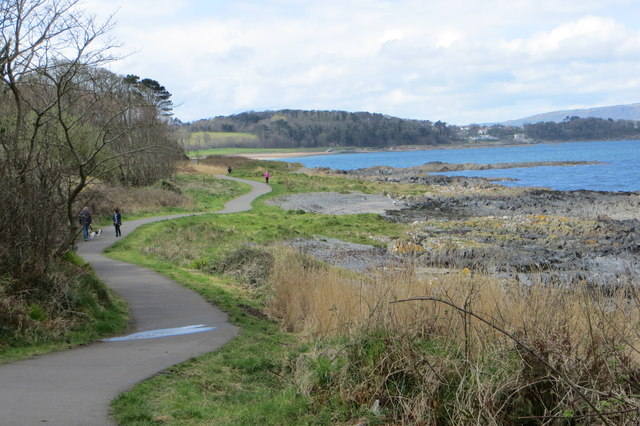 “I’ve received a number of communications recently regarding the future of the coastal path and the plans to turn it into a cycling greenway. And why do we need two Greenways when the proposed old railway line from Donaghadee to Comber is also to be developed for use, surely this would be a much safer and better route for cycling?”

“While the DFI investment for Active Travel is to be welcomed, I am seriously questioning the choice of route for this planned Costal Greenway.”

“Clearly this path is very well loved by local people, and it is very popular with dog walkers and families. I’ve had contact with a number of local conservation groups who confirm it also has significance for wildlife, due to its important habitat for bats, seabirds and many of our well loved mammals, badgers, squirrels and pine martens to name a few.”

“It’s becoming clear to me that decisions have been made without enough input from the main stakeholder, the public who know and use the path.”

“More consultation and engagement is needed before millions of pounds of public money is poured into a cycling route along the coastline, especially as the area is subject to erosion, as I highlighted recently at Millisle. I believe that there are alternative routes not being explored, and I would call upon the council to stop and rethink. Finding an alternative is not without its problems but that does not mean that the easy option is the right option.”

“I have grave concerns that the proposed “upgrade” will not provide an improved coastline, but will in fact detract from what makes it so special to local people and visitors in the first place. If upgrades are needed in places where the path is damaged, they can be addressed sensitively, but from what I’m learning the Greenway project is going too far in the direction of creating something more like a minor road. This plan is at risk of damaging both wildlife conservation, and the tourism drawn to this area of outstanding natural beauty on the edge of North Down.”

“I understand that the Ballymacormick Point and Orlock sections of the path were originally in the plans, but because of the National Trust’s decision to protect the Coastal Path there from development, an alternative route inland was found, along roads. I believe the same approach should apply for the rest of this beautiful coastline. I would like to see this cash injection going into a viable commuting route to make a real impact on the opportunities for active travel, and not wasted where it is not wanted.”

“Speaking personally, I know the unlimited value of walking through natural landscape and among trees for my own mental health. Our communities need this more than ever as towns become increasingly built up. For people with mental health issues or hidden disabilities, walking in the beauty of nature can be an essential support. Many people are telling me they rely on this area to provide that escape from the town, and I believe we must not drown out their voices.”

“The coastal path is also popular for dog walkers. Some have written to me with concerns that measures will be put in place to favour cycling at speed, and limit their usual activities, if the greenway goes ahead in this location. I also have concerns about how the mix of users will work, given that there have been tensions on the Comber Greenway from time to time.”

“This planning application involves a lot of public money. I’d like to know how many people are actually calling for this change to this well loved location. Everyone who has contacted me has concerns that the changes will spoil the experience of walking on the path. I am calling upon the public to give me your views on what you value about the coastal path, and where you would like to see investment into cycling infrastructure going.”

“Where there’s a will there’s a way, and to genuinely support active travel we need to look at best practice examples in other places, and learn from them. I would like to see any DFI funding going into cycling infrastructure nearer our homes and work places, not spoiling the wild and natural environment of the coastline in the name of ‘greener’ transport. The question is one if we change our costal path then it’s for good it can never be got back to what we all enjoy today which is used by everyone today including cyclists, do wereally want to see the council borrow more money get themselves into more debt and more rate rises, we have so many things needing doing by this council such as sports faciltys for Donaghadee, and Holywood, a lack of football pitches, the Queens Parade debacle a Green way along the Old Donaghadee railway, helping out local business, car parking issues why not sort these first and let the public have their say on the Coastal path.”